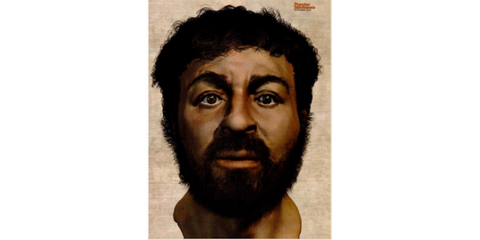 Recently some in our house church network felt the need for ‘church leaders’ and ‘members’ to re-focus on THE AUTHENTIC JESUS. This arose out of a desire to see Jesus reign in/over his body not merely as ceremonial head but as functional head. Leaders, i.e. servant-leaders rather than hierarchical leaders, are called to constantly submit themselves to Christ’s lordship together with their flocks.

You would surely agree that many false ‘Christ’s’ abound today: political ones, humanitarian ones, sentimental ones, traditional ones, Gnostic ones, Western blond/blue-eyed/pale-faced ones, plastic ones, prosperity ones, etc.

After some focused prayer our house church leaders, in tandem with a suburban inter-denominational fraternal (men & women) I have fellowshipped with for more than 30 years, invited a suitably qualified and traveled speaker to lead us in our meditations. In answer to prayer, he turned out an inspired choice, addressing the subject knowledgeably, empowered by colossal research on 2nd Temple Judaism, the Gospels, non-Christian sources and the best contemporary NT scholarship on the topic, etc [1]. He taught powerfully, humorously and humbly (rejecting his clerical titles). Our aim was to focus not on any church celebrity, guru or prominent person but on Jesus himself.

What follows are my personal and ‘organic church’ [2] observations, not necessarily reflecting those of our guest speaker, although there are many similarities. After careful consultation with our busy fraternal members as to the best format that would work for them, we went ahead with their blessing and implied support. Our conference goal was that of personal intimacy and face-to-face fellowship, with a target of between 30-50 people. We’ve learned over the years that in these days of mega-churches and mega-everything, smaller is often better (cf. Jesus and his 12 disciples). In the end our session attendances averaged about 40 folk with a group of 60 on the Sunday evening when some of the local church youth joined us (they were back for more on Monday!). As to the fraternal, out of approximately 20 invited, only two women-pastors and the local youth pastor turned up (does that sound familiar? women last at the cross and first at the tomb), with a good representation of their leadership and committed members. With the exception of two pastors who offered apologies beforehand because of prior denominational commitments, most did not even bother to send their apologies. (note, 10 days before the conference we had also advertised the event at our city fraternal, attended by 100 plus, and on local Christian radio). Of course I should have known better, having become convinced over 38 years of leadership within denominational churches and 12 years outside, that it is virtually impossible to change the ‘system’ from within, in fact it tends to change you! But then I’ll always be an optimist. I am also aware of the danger of an ‘us and them’ syndrome and an isolation mentality like Elijah’s in 1 Kings 19. One of our house church leaders captured the experience well by referring to Jesus’ ‘Parable of the King’s Wedding Banquet for His Son’ in Mt. 22:1-14. V. 3/NRSV, “He sent his slaves to call those who had been invited to the wedding banquet, but they would not come. Again he sent other slaves saying: ‘Look, I have prepared my dinner, my oxen and my fat calves have been slaughtered, and everything is ready; come to the wedding banquet.’ But they made light of it and went away, one to his farm, another to his business… Then he said to his slaves, ‘Go therefore into the main streets, and invite everyone you find to the wedding banquet.’ Those slaves went out into the streets and gathered all whom they found, both good and bad; so the wedding hall was filled with guests…” And so the ‘hoi polloi,’ God’s ragamuffins came to the conference and feasted at the King’s table! (btw, we concluded the conference with an intimate and inspiring ‘breaking of bread’ at our coffee tables, the proverbial ‘cherry on the cake’) Am I being too critical and judgmental? Perhaps. Changing metaphors, I do know that excellent seed was sown in our gatherings which, under God, will bring a certain harvest! 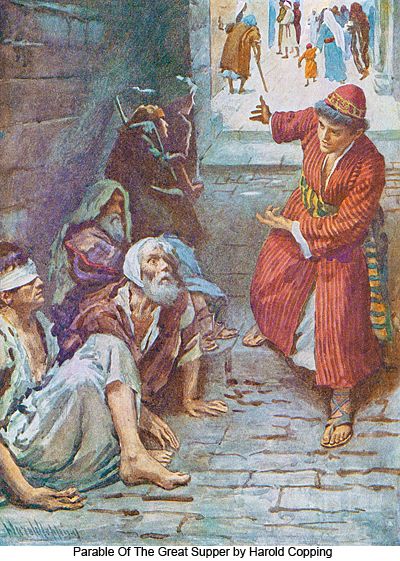 Secondly, his obedience. The Hebrews Letter describes Jesus’ physical and spiritual growth, ‘In the days of his flesh, Jesus offered up prayers and supplications, with loud cries and tears, to the one who was able to save him from death, and he was heard because of his reverent submission. Although he was a Son, he learned obedience through what he suffered…’ (Heb. 5:7ff). I.o.w. throughout his earthly life Jesus learned obedience through hard daily choices, in the light of his Scripture memorization, and through his daily submission to his earthly and heavenly Father. So much more to be said…

Thirdly, his beauty. As our speaker filled in the gaps in the story of Jesus, I was intellectually and emotionally overwhelmed by the over-all beauty of Jesus! It was a ‘rainbow moment’ for me, as I thought of his firm but gentle interaction with all kinds of people at all times in all kinds of places, especially in his dealings with the broken and rejected.

I conclude with the inspiring words of Pedro Arrupe [4], ‘Nothing is more practical than finding God, that is, than falling in love in a quite absolute, final way. What you are in love with, what seizes your imagination will affect everything. It will decide what will get you out of bed in the mornings, what you will do with your evenings, how you spend your weekends, what you read, who you know, what breaks your heart, and what amazes you with joy and gratitude. Fall in love, stay in love, and it will decide everything!’ [5]

[3] See N. American Brian Zahnd’s excellent Beauty Will Save The World: Rediscovering The Allure & Mystery Of Christianity. (imho, Christ would have served better than Christianity, simply because the latter carries so much baggage!)

[4] Pedro Arrupe (1907-1991) was a Basque priest who served in Japan during WW2, was sentenced to solitary confinement on false espionage charges, survived the Hiroshima bombing and then served the poor in Latin America until a debilitating stroke took his life. He inspired the world by his personal suffering and commitment to justice.

[5] In light of our topic, I decided to re-read an old copy of Malcolm Muggeridge’s (1903-1990) Jesus Rediscovered.’ It came alive to me more than ever before. Muggeridge was a Cambridge graduate, renowned journalist and satirist, and BBC presenter. He famously converted from Communism to Christ. He was critical of institutional Christianity. He was one of the first to promote Mother Theresa of Calcutta. If you can find an old copy, you’ll find it interesting though perhaps not agreeing with everything he said and wrote! 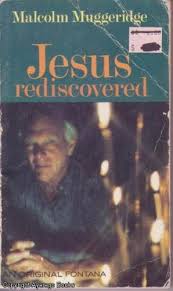