Beloved of God, in introducing this series, we first need to respectfully yet boldly expose those who have obfuscated (lit. darkened, obscured, bewildered, stupefied) our minds as to the reality of Christ’s return. Regarding this event, it’s not so much about correct doctrine, though important in itself, but correct attitude. We live in a time of many, largely-Western, self-appointed and fear-mongering ‘apostles,’ ‘prophets,’ ‘teachers’ and ‘end-time specialists.’ One of our humblest, Spirit-taught house church members, when asked by her work colleagues, ‘Where are the prophets and why is God abandoning us to the pandemic?’ she calmly pointed them to Micah 3:4-7! Amid all the ‘white noise’ and ‘dark noise’ of our day, we need to fine-tune our radio dials to clearly hear the ‘gentle whisper of the Lord’ (1 Kings 19:12). What are our ultimate reference points? Surely God’s self-revelation in creation, history, the Bible and supremely in the person of Christ, the ultimate fulcrum. It will also help if we grasp the ‘big-picture narrative’ of God’s loving purpose for humankind (Jn. 3:16-17).

There are ‘end-time’ voices which immediately trigger all kinds of ‘red flags’ in my mind and spirit. These appear when:

I acknowledge that we’re living in intensely dark days with accelerating evil, pain and persecution. At the same time, I and many others around the world, see God doing ‘a new (yet ancient) thing’ in his Body across the globe. “One day people were standing around the Temple, remarking how beautiful it was, the splendor of its stone work and memorial gifts. Jesus said, ‘All this you’re admiring so much – the time is coming when every stone in the building will end up in a heap of rubble… Watch out for the doomsday deceivers… Don’t fall for any of that… keep your head and don’t panic. This is routine history… It will seem like all hell has broken loose – sun, moon, stars, earth, sea, in an uproar and everyone all over the world in a panic… And then – then! – they’ll see the Son of Man welcomed in grand style –  a glorious welcome! When all this starts to happen, up on your feet. Stand tall with your heads held high. Help is on the way!'” (Jesus of Nazareth: Lk. 21:5ff, 25ff/MSG) There is indeed light at the end of the tunnel for the repentant, and it’s not an oncoming train.

Hoping you’ll join me for my soon-to-be-posted Part 2 of this series. And if you’ve never bowed the knee to King Jesus, do so now, in the assurance of his great mercy and love!

[1] ‘Millenium’ means ‘a 1,000 years.’ The term is used a few times in Rev. 20, and significantly, nowhere else. It can be interpreted either literally or symbolically. Revelation being largely written in ‘apocalyptic’ (lit. ‘a lifting of the lid,’ ‘disclosure’) form, I hold to a symbolic view of God’s eternal reign. For brief and fair definitions of the different millenial views, see YouTube ‘The Millenium: The Last Days According to Jesus’ with R.C. Sproul. https://youtu.be/Ejd4ZAnXmMM

[2] Treat yourself to a brief but beautiful YouTube on-site introduction to ‘The New Testament in It’s World’ by N.T. Wright and Michael F. Bird. 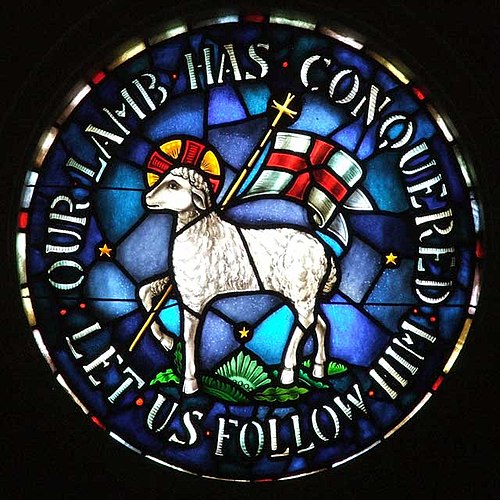 [Motto of the renowned Moravian Community based at Herrnhut, 1722ff]

I asked myself this question a few mornings ago, after re-reading chap. 1 of the Apostle Peter’s Second Letter to the scattered communities of Asia Minor – see 2 Pet. 1:1-11.

It happened like this. I’d had a disagreement with a fellow-believer who had publicly taken me to task for something I’d written with factual back-up and good motives. What should my response be? The answer was right there in 1:7, I was to react with ‘brotherly and Christlike love,’ keeping my mouth shut and attitude sweet (with great positive results all round, btw). I jotted down some thoughts and decided to revisit the text later…

Where is Peter coming from in his Second Letter? An older, wiser man, he writes to unnamed recipients (Nero’s persecution of Christians was increasing), warning them of Gnostic ‘Christians’ infiltrating the young churches with their anything-goes libertinism. The purpose of the Letter is three-fold: (1) to stimulate spiritual growth (v. 2, 8, 2:18); (2) combat divisive teaching; (3) focus on Christ’s majestic return. [Peter had already caught a glimpse of his glory on the Mount of Transfiguration (1:16ff)]

We return to our original question, ‘So When Will We All Grow Up?’ The child that stops growing becomes a challenge to himself/herself and those caring for him/her. When a man/woman stops developing mentally he/she has taken the first step to senility (H.L. Ellison). So what does our current character and behaviour say about our growth in Christ?

Here are just two things that will, under God, accelerate our growth:

A final question, how do we pursue spiritual growth? [1] These conventions were named after Keswick, a lovely country village in the beautiful English ‘Lake District,’ which Melanie and I were privileged to explore during a two-month honeymoon back-pack around the UK many ‘moons’ ago (forgive the pun).

[2] Via my blog inquiries, I’ve noticed a new interest, from all over the world, in the matter of ‘revival.’ In this regard I would recommend my twin-blog, ‘REVIVAL – SOME QUESTIONS AND SUBMISSIONS,’ posted 16th November 2018. I’m utterly convinced that God’s present ‘move’ is increasingly via grassroots, ‘simple churches’ as exemplified in the Early Church. Witness the underground Church in China, North India, and even Iran. PS, I heartily recommend two treasured books on my shelf: Dr. Andrew Murray’s ‘The Believer’s Full Blessing of Pentecost’ and Dr. Graham Scroggie’s ‘The Fulness of the Holy Spirit.’ Scroggie wrote, ‘It came to me twenty-four years ago. Though I look back with deepest regret over much failure during these years, yet I know that, in a little room in our home, standing on the edge of Epping Forest, East London, God filled me with His Holy Spirit, and made Christ Master for the first time in my life. Life has never been the same since…’ He adds, ‘You know that God is willing, but, are you?’