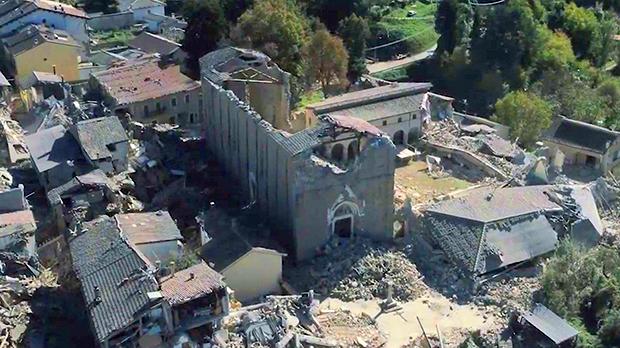 Everything around us seems to be shaking. A few weeks ago we read of a devastating earthquake in Indonesia, a week ago of a 7.3 quake in Venezuela which saw buildings sway and people pour on to the streets. Here in my own country, South Africa, we have physical and other shakings: sinkholes (due to mining) in built-up areas; a staggering economy due to ‘state capture’ and ten years of gross financial corruption; polarising right-wingers and left-wingers, drowning out the voices of reason and solidarity; criminal violence with some fifty seven murders every day (News 24, 11/09/18); etc.

And what about people’s personal lives? Stress levels are soaring, marriages dissolving among ‘Christians’ at a faster rate than non-believers,’ etc. Everyone of us has a story to tell. A few days ago my wife and I listened to a senior pastor in our city tell us of his early church-plant successes and feeling like a rock-star; the next moment he and his young family hit rock-bottom when dad found their two-year old son dead in bed one morning, cause of death unknown. I’ve been involved with a poor, township school for a decade or more – a few weeks ago I officiated at the funeral of a twelve-year old boy who died within  hours of a suspected fit/stroke, leaving the young parents devastated.

It’s not much better in the ‘Church world,’ is it?

Where do we turn for sanity and stability? Hebrews 12:25-28 may be a good place. The unknown author is exhorting scattered believers under pressure of Roman persecution and on the other hand Jewish religionists, punting a deadly ‘Jesus plus’ message (‘God is enough. That is the root of peace. When we start seeking something besides Him, we lose it’ –  Brennan Manning). Their faith was being shaken. Our text provides four key-pointers in such times of shaking:

Amid temptations to materialism, immorality, strange fire and other upheavals of all kinds, there is one great constant and solution to the shakings of our world, 13:8, ‘Jesus Christ is the same yesterday, today and forever.’ Why not, right now sing/pray the old hymn, ‘What a Friend we have in Jesus, all our sins and griefs to bear…’ Put your sweaty palm in his cool hand, walk the road with Christ within, ‘the hope of glory’ (Col. 1:27). Star 20th century theologian, Karl Barth, wrote, ‘I am not certain about my uncertainty; I do not believe in my own faith; rather I believe in that which God has done in Christ. This is the great wonder, namely, that I am permitted to believe in something that stands high above me, something that came from God to me, never something that I have in my pocket. I can orientate myself always and only on the cross on Golgotha.’ Praise our mighty God!