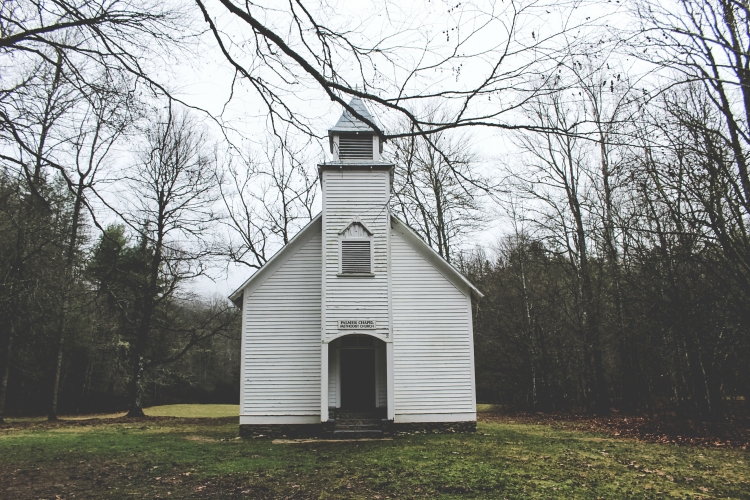 As a very young pastor in rural Eastern Cape (South Africa), I served on a missions board with a much older, very eccentric, autocratic and paternalistic ‘missionary superintendent’ who had the habit of visiting rural wood-and-iron church buildings and padlocking the doors if he felt the little congregation wasn’t up to scratch. Eish!

However, the God of Israel, through his servant Malachi (contemporary of Nehemiah, +- 450 BC), almost did that to the Jerusalem temple! “How I wish one of you would shut the Temple doors so that these worthless sacrifices could not be offered! ‘I am not pleased with you,’ says the LORD of Heaven’s Armies” (Mal. 1:10, NLT). The reason for his displeasure? His people were naively unaware of their cheap, routine worship offered to their eternal Lover, Father and Master (1:1, 6ff). They hypocritically ‘sacrificed’ defiled, crippled and diseased animals when he deserved only the best (1:6ff, 14). They pleaded injured innocence, ‘How have we ever shown contempt for your name?… how have we defiled the sacrifices?’ (1:6). They complained it was ‘too hard’ to serve God (1:13). They had forgotten God’s immense stature, even among pagan nations: “‘For I am a great king, says the LORD of Heaven’s armies,’ and my name is feared among the nations!'” (1:14). Never mind their marriage to idolaters, unfaithfulness to their spouses, sorcery, cheating of employees, oppression of widows and orphans and injustice toward foreigners (2:11ff, 3:5ff). In a panel discussion on Paradise & Evil, N.T. Wright pointed out the amazement of President Bush and Prime Minister Tony Blair at the 9/11 ‘evil,’ as if this was their first encounter with ‘evil’ in the world! (the panel was not minimising the pain of 9/11) Thereafter they were correcting ‘evil’ all over the world by bombing it! The fact is we live in a world that is irrational and has gone completely mad – Martyn Lloyd-Jones said that in the 1970’s already.

Even the clergy (I loath the term) were in trouble – their job was to ‘bring life and peace,’ but they had left God’s paths, watered down his instructions and caused many to stumble into sin (2:9). Pause: is our situation in the Church today any different? How many pulpits around the globe would dare carry a prophetic message like Malachi’s? Most of our modern ‘prophets’ declare ‘all is well’ with the Church and her future is ‘fantastic.’

At the outset of God’s quarrel with his people, he reminds them of his eternal, magnificent, tender love for them: “‘I have always loved you,’ says the LORD” (1:1), demonstrating this in the call of Jacob, whom God loved though he was so crooked he couldn’t hide behind a cork screw (1:2ff). Later he reiterates his long-suffering love, “‘I am the LORD, and I do not change. That is why you descendants of Jacob are not already destroyed. Ever since the day of your ancestors, you have scorned my decrees and failed to obey them. Now return to me, and I will return to you,’ says the LORD of Heaven’s Armies” (3:6ff). The NT confirms that our relationship with God always starts with his great love for us rather than the other way round: “This is real love – not that we loved God, but that he loved us and sent his Son as a sacrifice to take away our sins” (1 Jn. 4:10). Super-eloquent Brennan Manning, American Catholic priest-turned-gospel preacher, struggles to express that love, resorting to terms like ‘the furious longing of God,’ ‘the relentless tenderness of Jesus,’ ‘a life-shattering gift,’ etc. At the same time the Messiah is no namby-pamby pushover, no sentimental slushy Saviour: see what he did in the temple and to the temple when it fell into religiosity – he upset it and destroyed it (Jn. 2:12-22). He became the temple, and we in him (1 Cor. 3:10-17; 1 Pet. 2:4-10; etc).

Once more I’m attempting to expose what I have called the temple syndrome or temple talisman. For centuries we have equated ‘church’ (ekklesia) to ‘temple.’ It was really accelerated by Emperor Constantine in the 300’s AD, when he professionalised the clergy and ‘temple-lised’ the body, the clergy ruling and the body spectating. That way worship quickly reduces to tradition, ritual and religiosity. People simply go through the motions. This past week there was a facebook advert for a local mega-church, flavour of the season plus revolving doors. Someone posted, ‘Hi! I didn’t know you also (some friend) worship at XYZ Church? But then we attend morning services only.’ With respect, how on earth do you ‘fellowship’ in such a scenario? (Acts 2:42ff). Ultimately, it is not a matter of ‘temple’ or place, whether Jerusalem, Mt. Gerizim, or Church XYZ: “The time is coming – indeed it’s here now, when true worshipers will worship the Father in spirit and in truth… for God is Spirit” (Jesus to the Samaritan woman, Jn. 4).

Malachi gives the corrective for churchianity. “Look! I am sending my messenger… the Lord you are seeking will suddenly come to his Temple… But who will be able to endure it when he appears? For he will be like a blazing fire that refines metal… he will sit like a refiner of silver, burning away the dross. He will purify the Levites, refining them like gold and silver, so that they may once again offer acceptable sacrifices to the LORD” (3:1ff). Just four hundred years later that prophecy was fulfilled in John the Baptiser and the Messiah Jesus. In short, the answer for a sick Church at all times is Jesus, simply Jesus! He’s still knocking on church doors, most of whom have gradually locked him out: “Look! I stand at the door and knock. If you hear my voice and open the door, I will come in, and we will share a meal together as friends…” (first addressed to the luke-warm Laodicean assembly in Asia Minor, +- 90 AD). What about your assembly and mine? Is Jesus truly its glorious, functional Head?

The immediate danger is that we default to the false gospel of ‘trying harder.’ I myself have often done so. The antidote for that deadly venom is becoming deeply persuaded of God’s outrageous love for his Church and for us as individual believers. True ‘repentance’ (lit. ‘change of mind,’ re-calibration) flows from ‘a furious love affair’ between God and ourselves (G.K. Chesterton). It’s not a case of becoming ‘nice’ men and women, following some moral code. It’s living in and out of that ‘furnace of love’ which is Jesus. Manning suggests that in Pentecost the Church is filled with ‘new creations,’ ‘a community of prophets and professional lovers’ (maybe not so professional).

Malachi ends his prophecy with hope! For a returning and obedient people, the prophet spells out many blessings:

Some of this stuff may seem just too radical for some of my readers. I plead for an open mind. Just a few days ago South Africa laid to rest one of her great Apartheid struggle heroes, Ahmed Kathrada. He once said, ‘The hardest thing in the world is to open a closed mind.’ May we not be found wanting.