What is the basis for claiming ‘God looks like Jesus?’ In order to answer that question, we obviously have to look at the biblical revelation of God.

A little background to John’s Good News. Traditional scholarship dates the beloved apostle John’s eye-witness account around 85 AD or even later. Other scholars insist he wrote it much earlier, as early as the 50’s AD & certainly not later than 70 AD (fall of Jerusalem). His Gospel addresses Hellenistic Jews as well Greek thinkers. It’s purpose is evangelistic (cf. 20:31). While the Synoptic Gospels each have their particular slants, John’s account is probably the most interpretative. His prologue (1:1-18) is apologetic, i.e. a ‘reasonable explanation’ of the Christ-story to an idolatrous world. We refer to 6 basic texts:

So if God looks like Jesus, I guess we need to clarify what Jesus looked/looks like, again a huge subject [in our house church we’re doing a 6-part study on ‘The Authentic Jesus,’ we’re also convening a 4-day city conference on the same topic in mid-February 2019, d.v.]. While shaving one morning, I listened to a secular radio interview with an experienced Child Psychologist. She was asked to define ‘love,’ how children experience and express it. Interestingly, she referred to 1 Cor. 13! [Years ago I learned that one could replace the word ‘love’ in 1 Cor. 13 with ‘Jesus,’ or even one’s own name (ouch!)]. Here goes: v.4-8/NLT, ‘Love is patient and kind. Love is not jealous or boastful or proud or rude. Love does not demand its own way. Love is not irritable, and it keeps no record of when it has been wronged. It is never glad about injustice but rejoices wherever the truth wins out. Love never gives up, never loses faith, is always hopeful, and endures through every circumstance. Love will last forever…’

We conclude with a selection of biblical pointers to what Jesus (and therefore the Father) looks like: 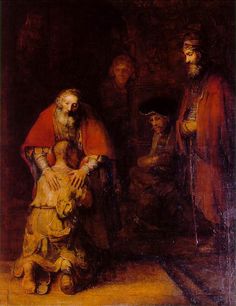 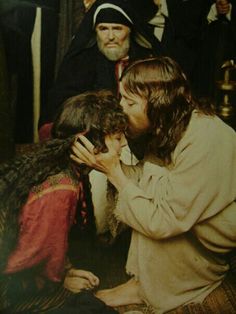 [Do you make the connection here? The Father is as approachable as Jesus]

Wishing you all the blessings of Advent 2018! I thank and greet you, my patient readers and your loved-ones, in the glorious name of ‘Immanuel, God with us!’

** I’m no OT expert. However it seems that while in the OT we have an accurate revelation of God, it is incomplete. It’s a case of shadow and full light. In Jesus we also enjoy a ‘new (i.e. ‘fulfilled’) covenant,’ realised by the indwelling Spirit (cf. Jer. 33:31-34; Heb. 8) [cf. my blog series, ‘The Freedom and the Glory’]. Writer Keith Giles may be right when he suggests that we have struggled with understanding God because we’ve often read the OT through old filters. Paul writes in 2 Cor. 3:14-16, 18, ‘But their minds (i.e. the Israelites’) were made dull, for to this day the same veil remains when the old covenant is read. It has not been removed, because only in Christ is it taken away… And we, who with unveiled faces all reflect (or ‘contemplate’) the Lord’s glory, are being transformed into his likeness with ever-increasing glory…’ Even the the OT prophets and angels did not fully see what we see (1 Pet. 1:10-12). If everyone in the OT already fully grasped who God is, what was the point of sending his Son into the world? (cf. Heb. 1:1-4)