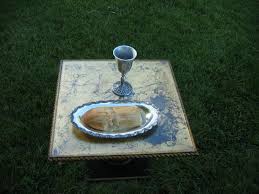 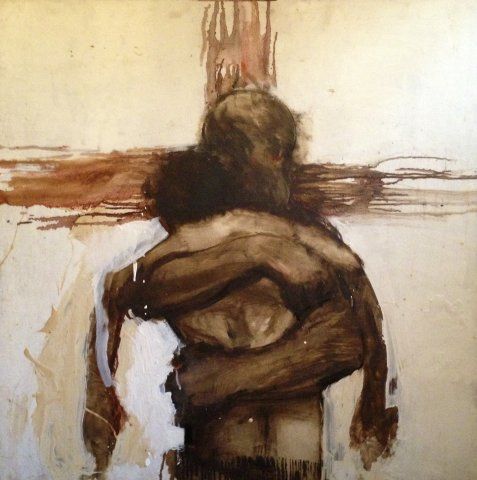 You recall Luther’s famous ‘Table Talk,’ a collection of his sayings around the dinner table, circa 1531-1544. Today a little ‘Table Talk’ around the Lord’s Table...

Jn. 6:52-59 follows Jesus’ ‘feeding of the five thousand’ and his bold declaration that he had come into to the world as ‘the Bread of Life’ (v. 25ff). As he expounds this statement, his Jewish synagogue audience in Capernaum grumbles about his provocative claims and teaching. ‘How can this man give us his flesh to eat?’ (v. 52). In some ways their puzzlement is understandable against the backdrop of Moses’ ancient warnings against eating animal meat containing blood (Dt. 12:23-25). Then Jesus adds his own warning, “‘I tell you the truth, unless you eat the flesh of the Son of Man and drink his blood, you have no life in you… For my flesh is real food and my blood is real drink… the one who feeds on me will live because of me… Our forefathers ate manna and died, but he who feeds on this bread will live for ever!'” (v. 53-55)

Now for some Communion basics and newer insights:

Enjoy this song, and consider a family love feast sometime!

[1] I have a number of RC friends, who count among some of the nicest people I know. I’m also deeply appreciative of RC writers like Hans Urs von Balthazar, Henri Nouwen, Brennan Manning, et al. [sometimes I’m criticized by sincere Protestant friends accusing me of condoning the RC church system. I don’t. Furthermore, I value all truth, no matter the source. ‘There are two ways to be fooled. One is to believe what isn’t true; the other is to refuse to believe what is true’ (Soren Kierkegaard)].

[3] Mt. 5:23-24 recently compelled me to meet with a Christian brother who had seemingly withdrawn his friendship from me. We talked frankly, and our relationship has been wonderfully restored.

[4] Mt. 18:15ff became very relevant to our family thirteen years ago, when we were confronted by a minority but vocal ‘concerned group’ in our congregation asking me to step down as senior pastor (for totally non-ethical reasons). The elders called in a denominational facilitator who, though sincere, only complicated things. Looking back, I’ve often thought if only the concerned group had followed Jesus’ counsel in Mt. 18. By God’s amazing grace we were able to part company amicably, having resorted to Mt. 18 ourselves. The sore issue became a blessing as it helped us transition from institutional church to organic church with great fulfillment.

[5] Corrie came from a Dutch family giving shelter to Jews during World War 2. The family was betrayed, and she and her sister Betsie were imprisoned in the notorious Ravensbruck death camp. Betsie sadly died in the gas chambers. After the war Corrie returned to Holland to care for the mentally disabled and travel to over sixty countries proclaiming the Gospel of Jesus Christ.

[6] See Wolfgang Simson’s classic ‘Houses That Change the World.’ It was largely this book that inspired me to take my present ecclesiastical and missional journey.