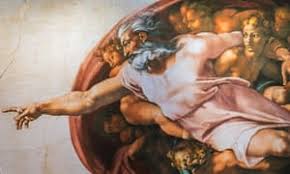 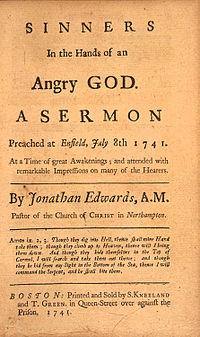 I suppose we’ve all grown up with some or other picture of God: the bearded man in the sky with a frown on his face? Jonathan Edwards’ ‘Sinners in the Hands of An Angry God?’ (1741) (see footnote**) The kindly and harmless Father Christmas in the sky? ‘The man upstairs?’ I grew up in a nominally Christian home: as a young teen I recall being impressed by God, I was aware of his holiness and yet also sensed that in his goodness he somehow ‘had time for me.’ To escape judgment I used to recite the Lord’s Prayer last thing at night in case he came for me and I had sinned (I wasn’t guilty of any coarse stuff but had a tender conscience about subtler things). I was pretty much a parent-pleaser (by excelling at school) and somehow imagined that God the Father was someone to be made happy at all times. If I failed, I just had to ‘try harder.’ These images of God, usually false, have obviously affected the way we relate to God, others and ourselves. Hence the all-important question, ‘what does God really look like?’ [We’ve already indicated some perceptions of the ‘Christian God’: in this blog we won’t be considering non-Christian deities, past and present]

Before referencing the Scriptural revelation of God in answer to our question, it may be worth highlighting some contemporary debate – inside and outside of traditional Church parameters. Here’s a brief resume of materials I’ve collected over the last few years:

Does all this make any difference at a personal, pastoral and societal level? Scottish theologian T.F. Torrance, as a chaplain during World War 2, came across a young soldier, scarcely twenty years old and mortally wounded. ‘Padre, is God really like Jesus?’ Torrance reassured him, ‘He is the only God that there is, the God who has come to us in Jesus, shown his face to us, and poured out his love to us as our Saviour.’ As he prayed and commended him to the Lord, the young man passed away in peace.

Small wonder that children, in their simplicity and absolute trust, were attracted to Jesus! While our Lord’s adult disciples shooed them away, Jesus rebuked them, called children to him, touched them, took them in his arms, blessed them and made them happy! 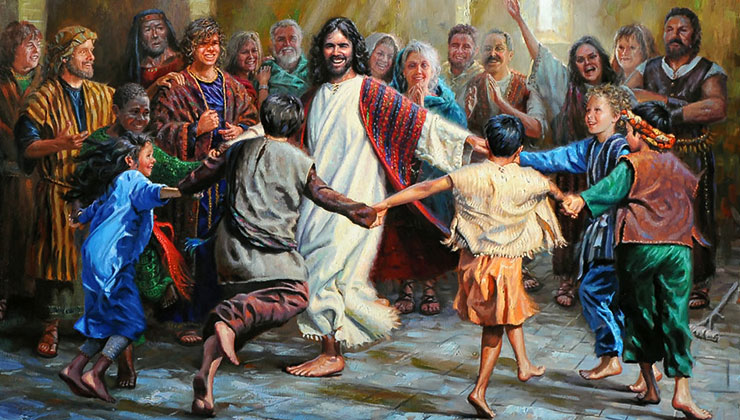 Hopefully what we have shared thus far simplifies our Christian apologetics and daily interaction at home, work, in the market-place and in our places of learning. The fact that God looks like Jesus is indeed ‘good news!’ God has a human face, people can relate to him in personal friendship and intimacy. This reality has the power to change not only families but also the Church and the world!

We would not be doing our subject justice without referring to its Biblical foundations. We’ll take a look at these in Part 2 –  please stay tuned!

** Does God become angry? It would seem so, from Scriptures in the OT and NT. Did Jesus become angry? On at least two occasions: when he cleared the temple from the materialistic business dealers (Jn. 2:12); when he wept tears of anger at death claiming his friend Lazarus – yet another victim! (Jn. 11:33-35). [PS, let’s not under-estimate philosopher-theologian Jonathan Edwards’ massive intellect and spiritual stature! He was not your typical hell-fire-and-brimstone preacher as some imagine – he was in fact a softly-spoken, highly logical and sensitive persuader]