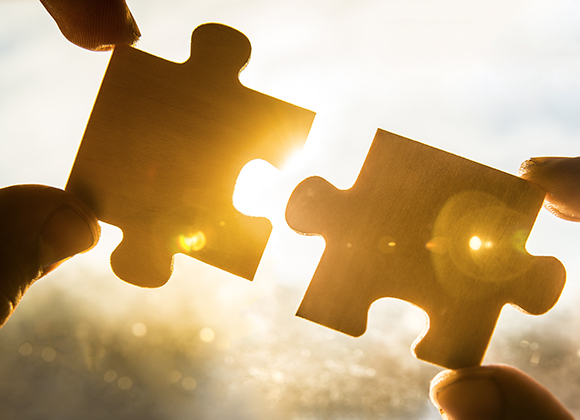 I’m one of those who has often struggled to get a decent handle on the Book of James – of course, Luther the reformer (1483-1546) struggled with James’ emphasis on ‘works’ to the extent that he wrote the letter off as ‘a right strawy espistle.’ Most biblical scholars would disagree with Luther for good reasons. I was recently having coffee with a professor friend of mine who made a statement, ‘The Letter of James is written to backsliders.’ I was struck by that, though at first it sounded like an over-simplification.  The Letter does end with a fervent call to ‘restore the backslider,’ i.e. those ‘who have wandered from the truth’ (5:19-20).

[BTW, I trust my reader, claiming to be a Christian, reads the Bible, i.e. the Bible itself! We live in a generation of Bible illiterates, wondering why the Church is so weak. ‘Believers’ will listen to their favourite guru, read his/her books, listen to pod-cast debates, follow someone’s ‘daily notes,’ anything but read the actual Bible text. I stand by the fact that the Bible is a closed book without the revelation of the Living Word – however, that does not mean that we neglect his divine Love Letter and map for the pilgrim!’]

I think British scholar RVG Tasker was right when he claimed the Letter of James (not the apostle but Jesus’ eldest brother) is ‘a collection of sermon-notes.’ James headed up  the mother church in Jerusalem, he wrote probably in the early 60’s AD, a few years before his martyrdom. The apostle Paul was at that time awaiting trial in Rome – perhaps many of their ‘disciples’ were becoming discouraged under persecution. Thus James writes to the isolated churches of  Asia Minor to exhort the believers (mainly Jewish?), scattered by persecution following the martyrdom of Stephen, to persevere in their faith.  He addresses random issues, urging believers not to stray from the basics of the faith.

Surely it is a general biblical truth that whenever faith doesn’t issue in love and dogma (however orthodox) is unrelated to life, whenever believers are tempted to settle down to a selfish faith, whenever they become oblivious of the social and material needs of others around them [it still grieves me that many privileged ‘white’ Christians in South Africa have never visited a ‘black’ township, never mind understand the issues], whenever they don’t live the NT creeds of Jesus (e.g. the Sermon on the Mount, Mt. 5-7), whenever they seem more anxious to be friends of the passing hedonistic world than of God, James says we are ‘backslidden’ and in grave spiritual danger. And so we are! You see, it’s so easy to respond to the gospel of grace and enjoy the assurance and joy that brings, and then gradually lapse into a life of mediocrity without applying that very gospel to the lost, poor and needy of society. ‘Religion divorced from morality, words without deeds, creeds that satisfy the head but never warm the heart, are in vain. The wisdom they exhibit is of the earth; the fire that kindles them is the fire of human pride.’ (Tasker)

Hence James’ sermons on ‘Listening and Doing’ (1:19ff):-  ‘Favouritism Forbidden’ (social and economic snobs are alive and well in most churches today) (ch.2); ‘Faith and Deeds’ (ch. 2); ‘Taming the Tongue’ (we have seen recently here in South Africa our South Coast forests devasted by veld fires – such is the effect of an uncontrolled tongue) (ch. 3); James goes on to plead for the need for ‘heavenly’ wisdom instead of earthly wisdom, the need for submission, humility that doesn’t boast about tomorow, giving warnings to the rich who oppress the poor, etc. [with my many weeks of unexpected hospitalisation, all my very ordered diary events came to a stand-still for some two months, the pages blank!]

In the light of all these things, is your church/group backslidden?? And what about you and me?

How do we correct our backsliding and find restoration? For me James has often come across as somewhat austere, but then I guess in dealing with those who have lost the plot you can’t pull punches. In my pulpit years I used to say that my job was ‘to comfort the afflict and afflict the comfortable!’ Hence the need for ‘prophetic’ voices (in the biblical rather than popular sense) in churches today! However, closer examination of James’ Letter reveals a relational side not immediately noticed. [My blog readers will know that I’m convinced about relationality; we know and serve a relational (triune) God, Jesus the Incarnate One made flesh for us, the Holy Spirit indwelling us under the new covenant, united ‘in Christ’ in intimate, life-giving communities. [ideally, smaller and ‘organic,’ with bottom-up rather than top-down structure] Some examples…

A glance at local church adverts highlighting ‘special guests’ and artists and performers etc in my own city cry out, ‘entertainment,’ ‘it’s all about me,’ compromise with a materialistic and hedonistic worldly system, snobbishness (they serve the best yuppie coffee in town), an almost total disconnect between profession and behaviour, a lack of common biblical ethics, a lack of  concern for the poorest of the poor, etc. I am sure you have the same kind of thing in your neck of the woods! In any case, let us make sure we ourselves repent of any such evils and draw near to the Lord who will draw near to us! [even with South Africa’s struggling economy, there are ‘sneaker addicts’ who will pay R. 20,000 for a larny pair – Sunday Times,07/05/2017. Absolute madness)

Coming back to the point of reading the Scriptures, here is a helpful prayer by Danish theologian-philosopher, Soren Kierkegaard (1813-1855):

‘FATHER IN HEAVEN, what is man that Thou visitest him, and the son of man that Thou art mindful of him? Verily, Thou dost never leave Thyself without a witness; and at last Thou didst give to man Thy Word. More Thou couldst not do; to compel him to make use of it, hear it and read it, to compel him to act according to it, Thou couldst not wish. And yet Thou didst more. Rarely does he do anything for nothing, and if he does, he at least would not be put to inconvenience to do it. Thou, on the contrary, O God, bestowest Thy word as a gift,- and we men have nothing to give in return. And if only Thou dost find some willingness on the part of a single individual, Thou are prompt to help, and, with divine patience, dost sit and spell it out with him that he may be able rightly to understand it; and, again with divine patience, Thou dost take him as it were by the hand and help him when he strives to act accordingly,- Thou our Father in heaven.’

6 thoughts on “‘A STRAWY LETTER’ TO A BACKSLIDDEN CHURCH?”